It is the Fifth Month,
But still the Heaven-high hills
Shine with snow. ~ Li T’ai-Po

The quiet that follows a snowstorm.

Yesterday’s snowstorm blanketed the sphere of my world with 17.7 inches of snow…today feels calming, relaxing, and tranquil.

What a treat from Mother Nature.

Time to slow down…What a treat!

Travel and Trifles invites us to share “What a Treat”

melting the big snow
with a spoon…
a child

“The silence after a snowstorm isn’t just your imagination — all those tiny flakes actually trap the sounds of your surroundings.

“Chris Bianchi, a meteorologist at Weather Nation, described the phenomenon as a sort of citywide cup of tea: After a big storm, we can take a few minutes to relax and take in the quiet.

“The science behind that quiet comes down to how sound waves travel (or, more accurately, don’t travel) through snowflakes.

“‘Snowflakes, when they’re spaced further apart, there’s little gaps, obviously invisible to the naked human eye,’ Bianchi said. ‘But there are these little gaps within the snow and those are very efficient at absorbing sound.’

“The sound waves from cars, buildings and people get trapped in those small places between the snowflakes.

“Not just any snow can trap noise. It has to be the freshly fallen, light and fluffy. Wet and heavy snow doesn’t leave those spaces for sound to be trapped.

“One study found a couple of inches of snow can absorb as much as 60 percent of sound. Snow can act as a commercial sound-absorbing foam when it’s in that fluffy, freshly fallen state.

“As the snow starts to melt, those little sound-catching spaces start to go away too.

“(When snow melts) it compacts, and that compaction reduces the amount of little crevices and nooks and crannies that sound is able to be trapped in,” Bianchi said.

“So, for at least a few hours or even a day after a snowstorm, we can get some reprieve from all that noise around us.

“‘It’s calming, it’s relaxing, it’s tranquil,’ Bianchi said. ‘Life is kind of forced in a sense to slow down.'”

cited: CPR News, Claire Cleveland and Andrea Dukakis, “Yes, it really is quieter when it snows. Here’s the science behind the calm after the storm. February 4, 2020.

Week 6: Inspiration: #NoFilter (No limit on what you shoot this week, as long as the image is pure. No filters, presets or other edits. Basic exposure corrections only this week.)

Should head my longing?

On an autumn night

The skies are full of 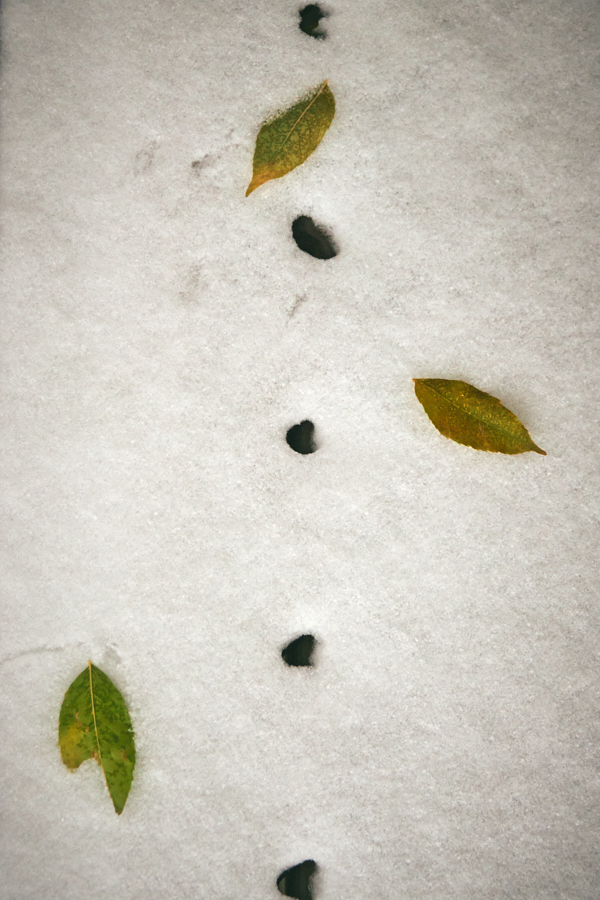 shadows on the snow

those snow days…blanketing the earth and gifting us with silence, before snow shovels and snow removal trucks, serene

No matter how much things change, they still remain the same.

sent back into seclusion